Presidents as Military Officers, As Commander-in-Chief with Humor and Anecdotes (Hardcover) 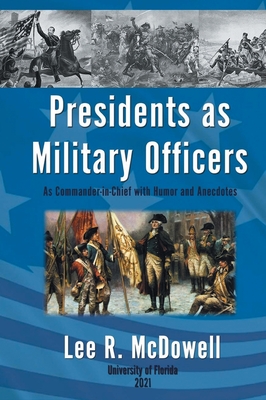 Presidents as Military Officers, As Commander-in-Chief with Humor and Anecdotes (Hardcover)

A great deal of history can be learned by reading the policies of our 44 presidents. This publication (45 chapters) describes the military activity prior to the presidency as well as the Commander-in-Chief decisions of each president. Important war battles are described with photographs. For each president there is humor and anecdotes. Of the 44 presidents, 31 had served in the military. Twelve were generals. The most famous were Washington, Jackson, Taylor, Grant, Hays, and Eisenhower. Six Union veterans became presidents, as did 8 who served in World War II. Thirteen presidents would be considered heroes due to their conspicuous gallantry. Other presidents who did not serve in the military, but were effective while serving as Commander-in-Chief during War.