Love Around the World (Hardcover) 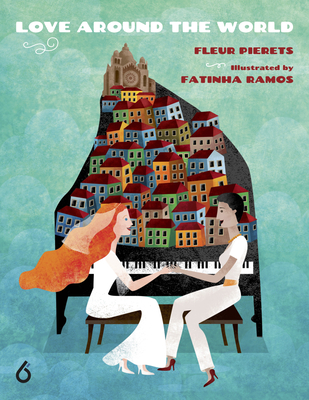 Love Around the World (Hardcover)

Inspired by a true story, Love Around the World is the beautiful and heartwarming adventure of two women's journey to marry each other in every country where same-sex marriage is legal. Moving and inspiring. - Kirkus Reviews

They think that love is love--not only between a man and a woman So Fleur goes down on one knee and asks the love of her life, "Would you like to marry me in all 26 countries?" Julian answers, "Yes "

Thus begins an incredible trip around the world for our two heroes, Fleur and Julian, who travel to each nation that celebrates marriage equality. In Love Around the World, Fleur and Julian get married in Australia, Belgium, Brazil, Canada, Finland, France, Iceland, Ireland, Mexico, the Netherlands, Portugal, Spain, and the United States, where they learn about the customs and traditions of each place and make special memories that will last forever.