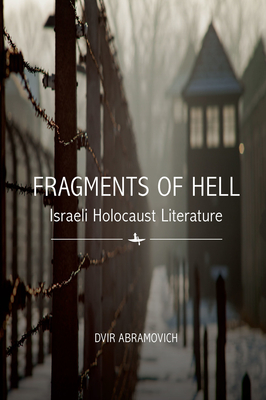 In this compelling and engaging book, Dvir Abramovich introduces readers to several landmark novels, poems and stories that have become classics in the Israeli Holocaust canon. Discussed are iconic writers such as Aharon Appelfeld, Dan Pagis, Etgar Keret, Yoram Kaniuk, Uri Tzvi Greenberg and Ka-Tzetnik, and their attempts to come to terms with the unprecedented trauma and its aftereffects. Scholarly, yet deeply accessible to both students and to the public, this illuminating volume offers a wide-ranging introduction to the intersection between literature and the Shoah, and the linguistic, stylistic and ethical difficulties inherent in representing this catastrophe in fiction. Exploring narratives by survivors and by those who wrote about the European genocide from a distance, each chapter contains a compassionate and thoughtful analysis of the author's individual opus, accompanied by a comprehensive exploration of their biography and the major themes that underpin their corpus. The rich and sophisticated discussions and interpretations contained in this masterful set of essays are sure to become essential reading for those seeking to better understand the responses by Hebrew writers to the immense tragedy that befell their people.

Dvir Abramovich is the Israel Kipen Director of the Program in Jewish Culture & Society at The University of Melbourne and the author of five books. He was President of the Australian Association of Jewish Studies and has published widely in the area of Israeli and Jewish literature.