The Invisible Rainbow: A History of Electricity and Life (Paperback) 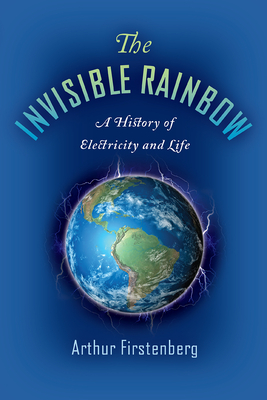 The Invisible Rainbow: A History of Electricity and Life (Paperback)

5g is being rolled out across the country, despite growing evidence that it is disruptive to our health, our safety, and the environment. The Invisible Rainbow is the groundbreaking story of electricity as it's never been told before--exposing its very real impact on the biosphere and human health.

Over the last 220 years, society has evolved a universal belief that electricity is 'safe' for humanity and the planet. Scientist and journalist Arthur Firstenberg disrupts this conviction by telling the story of electricity in a way it has never been told before--from an environmental point of view--by detailing the effects that this fundamental societal building block has had on our health and our planet.

In The Invisible Rainbow, Firstenberg traces the history of electricity from the early eighteenth century to the present, making a compelling case that many environmental problems, as well as the major diseases of industrialized civilization--heart disease, diabetes, and cancer--are related to electrical pollution.

"Few individuals today are able to grasp the entirety of a scientific subject and present it in a highly engaging manner . . . Firstenberg has done just that with one of the most pressing but neglected problems of our technological age."--BRADLEY JOHNSON, MD, Amen Clinic, San Francisco

"This seminal book...will transform your understanding ...of the environmental and health effects of electricity and radio frequencies"--Paradigm Explorer

Arthur Firstenberg is a scientist and journalist who is at the forefront of a global movement to tear down the taboo surrounding this subject. After graduating Phi Beta Kappa from Cornell University with a degree in mathematics, he attended the University of California, Irvine School of Medicine from 1978 to 1982. Injury by X-ray overdose cut short his medical career. For the past thirty-eight years he has been a researcher, consultant, and lecturer on the health and environmental effects of electromagnetic radiation, as well as a practitioner of several healing arts.