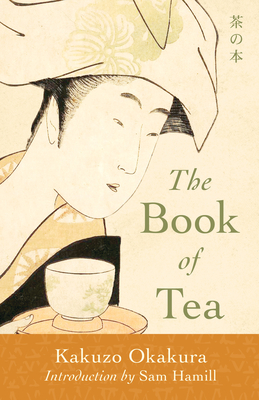 
Not Yet Published—Pre-Order Now
This modern classic invites the reader to discover a unique tradition that has come to symbolize the wisdom, beauty, and the elegant simplicity of Asian culture. The author celebrates the Way of Tea from its ancient origins in Chinese Taoism to its culmination in the Zen discipline known as the Japanese tea ceremony—an enchanting practice bringing together such arts as architecture, pottery, and flower arranging to create an experience that delights the senses, calms the mind, and refreshes the spirit. Tea was first used as a medicine and an alchemical elixir by the ancient Chinese Taoists, who praised its spiritual powers. Buddhist monks made drinking tea part of a tradition honoring the founder of Zen; this ritual was later refined in the performance of the Japanese tea ceremony as a meditative practice. The Book of Tea describes the rich aesthetic of Asian culture through the history, philosophy, and practice of brewing and drinking tea.

This edition contains an introduction by Sam Hamill that provides historical insight into the significance of the tea ceremony within Zen Buddhism.
Kakuzo Okakura (1863–1919)—scholar, well-known art critic, and curator of the Chinese and Japanese art collection at the Boston Museum of Fine Arts—devoted his life to the preservation and reawakening of traditional Japanese culture.