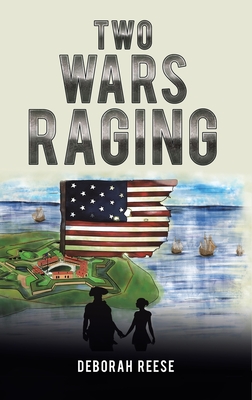 
Not On Our Shelves—Ships in 1-5 Days
The war of 1812 is raging.
Buck Stephens, notorious privateer, is interested in only one thing - driving the British from the eastern seaboard. He is sidetracked by Marianne Primrose, an insistent and opinionated schoolteacher. Their purposes collide, so a compromise is grudgingly made.
The combative relationship between Buck and Maryanne slowly evolves into a burgeoning love affair until malicious former love interests vow to separate them. Despite the intrusion of the outside world, Buck and Marianne find their way back to one another time and time again.
But in the end, will their love be strong enough to fight for and win the wars that could destroy their happiness?