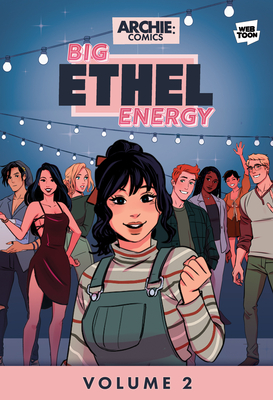 When we last left off, Ethel’s return to Riverdale has been confusing and everyone seems to be dealing with something—Archie’s going through it, Betty’s obsessing over her boss Seth, Jughead is cold and distant, and Veronica is… well, Veronica. And as for Ethel—it seems like feelings were starting to brew between her and a most unlikely counterpart: Moose! But Ethel’s never had much luck with love—so why would this be any different? Plus, what secrets about Riverdale will she discover while she’s hard at work on a story about its history?
Keryl is a writer who has worked in multiple media including film, television, and print journalism. She often writes comedies about trauma recovery. In her spare time she teaches violin, spoils her cat Merle, and creates feasts for one in her tiny kitchen.

Siobhan is an illustrator, character designer, part-time professor, and D&D enthusiast. One time an art director told her, "stop making the character's so hot," and she didn't listen.

Also known as just Siobhan, and as Siobhan Chiffon.