Summer: From the Journal of Henry David Thoreau (Paperback) 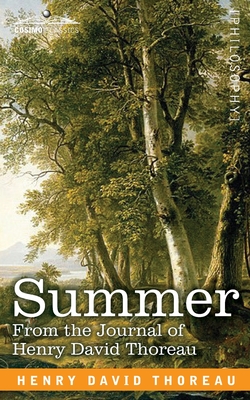 Summer: From the Journal of Henry David Thoreau (Paperback)

"In the summer we lay up a stock of experiences for the winter, as the squirrel of nuts? something for conversation in winter evenings."

Summer: From the Journal of Henry D. Thoreau (1884) is the compilation of Thoreau's wonderment of and enthusiasm for nature from 1841-1859. Rather than following a yearly chronological organization, the journal is organized by month to give the reader an in-depth and vivid depiction of the sights and sounds of summer in New England. Published posthumously, Thoreau's two-million-word journal, regarded by some critics as his best work, is a must-read for lovers of Walden (1854), philosophy, and nature.