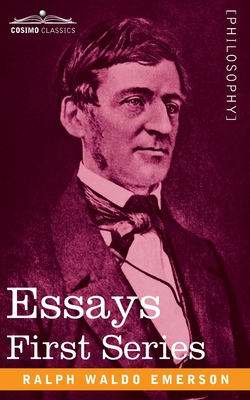 "Within man is the soul of the whole; The wise silence; The universal beauty."

Essays: First Series (1841) is a collection of essays drafted early in Emerson's career as a writer. In them, he elaborates on the ideas that emerged following approximately fifteen years spent studying philosophy, religion, and literature and formulating a set of beliefs that laid the foundation for the American transcendental movement. This collection contains the following twelve essays: "Art," "Circles," "Compensation," "Friendship," "Heroism," "History," "Intellect," "Love," "Prudence," "Self-Reliance," "Spiritual Laws," and "The Over-Soul." These are also available as individual publications from Cosimo Classics.