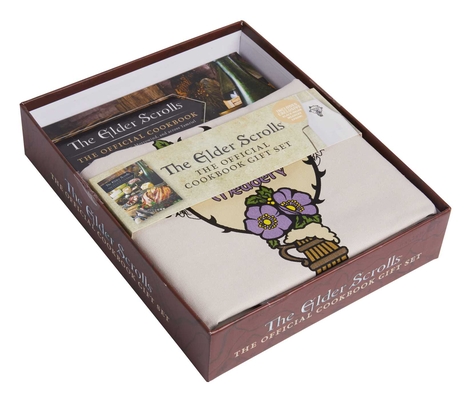 
Not On Our Shelves—Ships in 1-5 Days
Feast your way through Skyrim, Morrowind, and all of Tamriel with The Elder Scrolls®: The Official Cookbook Gift Set Edition. This bestselling cookbook is now packed with an official Black-Briar Meadery apron to help chefs on their culinary journey.

“For those who are looking to create a cozy homestead or even open your own inn for passing adventurers and a potential Dragonborn, this cookbook is a must-own for fans of the Elder Scrolls franchise no matter your cooking level.” – Collider

Chelsea Monroe-Cassel is the coauthor of A Feast of Ice and Fire: The Official Game of Thrones Companion Cookbook and the author of World of Warcraft: The Official Cookbook, Hearthstone: Innkeeper's Tavern Cookbook, and The Elder Scrolls: The Official Cookbook. Her work is a synthesis of imagination and historical research. This passion has led her to a career of transforming imaginary foods into reality. She greatly enjoys foreign languages, treasure hunting, history, and all things related to honey.