The Story of Barack Obama: A Biography Book for New Readers (Paperback) 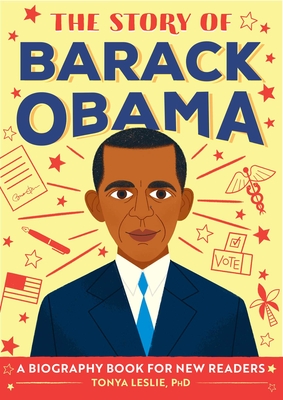 The Story of Barack Obama: A Biography Book for New Readers (Paperback)

Help kids ages 6 to 9 discover the life of Barack Obama--a story about hope, change, and breaking down barriers

Barack Obama became the first African American president of the United States. Before he made history fighting for the environment, health care, and civil rights, he was a smart kid who knew he wanted to help others. He worked hard to become a lawyer, a senator, and then the president, all so that he could make people's lives better.

With this Barack Obama children's book, you can explore how he went from being a boy growing up in Hawaii to one of the most celebrated leaders in the world. How will his extraordinary journey inspire you?

If you've been searching for a Barack Obama children's book that explains the Who, What, Where, When, Why, and How of his life, The Story of Barack Obama has everything you need