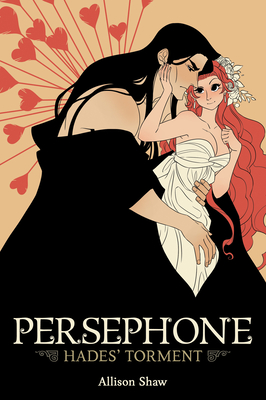 
In Stock—Click for Locations
A sexy, full-color graphic novel from the Seven Seas + Hiveworks line-up!

According to the ancient legend, the Lord of the Dead kidnapped the innocent daughter of Demeter–or did he? The truth is, Persephone is no damsel in distress, but a spirited young lady with an overbearing mother. A failed scheme by Apollo leads Persephone to a chance encounter with the mysterious and handsome Hades, who is struck by love’s arrow. Now Hades must wrestle with his aching heart before he loses total control of his feelings, but desire is raging inside Persephone herself.
Allison Shaw is an artist and comic creator from America, best known for webcomics Far to the North, Tigress Queen, Eros and Psyche, and Persephone.