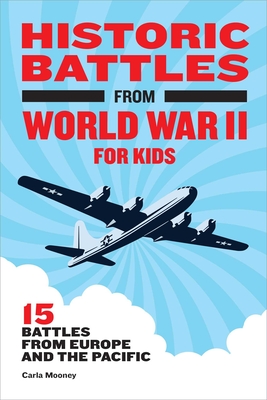 Help kids learn all about World War II--right from the front lines. This fascinating guide focuses on the battles that decided the outcome of the war. Each entry puts kids directly in the general's seat, walking them through the flow of battle as well as the strategies, tactics, and technology that made the difference between victory and defeat.

Go beyond other World War 2 books for kids with:

Give kids an exciting new perspective on World War 2 history

Carla Mooney is an award-winning author of numerous nonfiction books for young readers. Whether writing about history, science, or discoveries in the world around us, she hopes to spark a healthy curiosity and love of nonfiction in today's young people.