The Story of Anne Frank: A Biography Book for New Readers (Paperback) 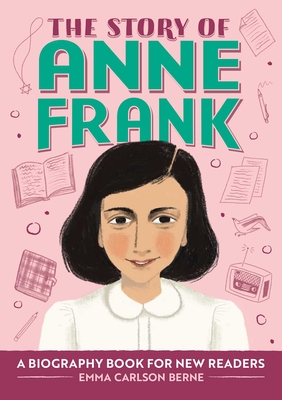 The Story of Anne Frank: A Biography Book for New Readers (Paperback)

Anne Frank was a young Jewish girl who lived during World War II, when people like her were killed just for being Jewish. Anne and her family were forced to hide in a tiny, secret space to try and survive, and Anne began keeping a diary to practice her love of writing and pass the time.

In her writing, she described what life was like as a Jewish person during the war. She also wrote about her hopes, dreams, and the future she wanted when she could live a normal life again. Even though she was scared, Anne believed in the goodness of people and never gave up hope that life would get better again.

The Story of Anne Frank includes:

How will Anne's bravery and optimism inspire you?