One Eye Open and One Eye Closed: Workbook (Paperback) 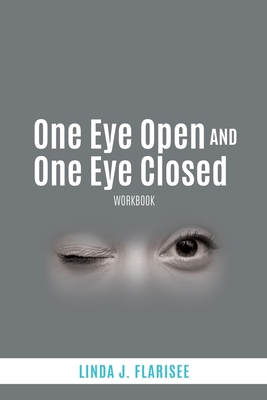 One Eye Open and One Eye Closed: Workbook (Paperback)

This book is about a preacher's wife who lived in silent depression and learned survival skills by being emotionally isolated while sitting in church. She accepted Jesus as her personal Savior at the age of eighteen, and was called to ministry shortly thereafter in 1969.

She received a prophetic word from her spiritual mom, who had a dream she had one eye open and one eye closed. She told her that she needed to be watchful because Satan was out to destroy her ministry. She was married at the age of twenty-four to a preacher who she thought was her prince charming.

You are about to experience her real-life story as a preacher's wife. She believed that the prophetic dream of her spiritual mom was symbolic, and the interpretation was clear. Satan was going to attack her personal spiritual growth. The story unfolds: she became a divorcee and was left alone to raise three children. This is when she experienced the worst battles of her spiritual sanity.

The book will inspire every unmarried person, divorcee, married couple, and parent not to give up on their loved ones, and will encourage widows to live after the death of a spouse. She learned the four principles of life: love God, love your family, love your church, and love people. These are the keys to successful living.