A Pilgrim's Cross: Resurrecting the Broken Soul in America (Paperback) 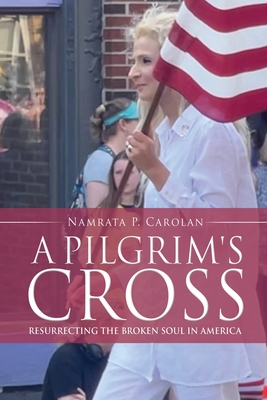 A Pilgrim's Cross: Resurrecting the Broken Soul in America (Paperback)


Not On Our Shelves—Ships in 1-5 Days
(This book cannot be returned.)
A PILGRIM'S CROSS reveals a young Christian Girl's victory over tyranny. Scarred, traumatized and tortured for Christ by her relatives. This personal unprecedented story of Namoo a Naturalized American Citizen who became an American Patriot Preacher by serving as a Public Servant kindling the flame of fire to awaken women and men from the slavery of fear. Namrata Carolan (AKA Namoo) is a National Public and Motivational Christian Speaker. Born and raised in India, survived tyranny under severe persecution, lacerated, traumatized under communism and tortured for Christ as a young Child left for dead by organ harvesters by the pernicious threat of socialist/Marxist creep of the Communist Party. A legal Immigrant to the United States who gave her entire life to serve God as a Public Servant. She recently served as County Commissioner for Michigan. She is a Speech Language Pathologist/CEO and Director of Somerset Child LLC specializing in early years development and learning Center. She is President of Carolan Christian Consulting Ministries for childhood trauma and recovery. She has been working with Children and hearing-impaired all-over Asia and the USA.