On My Mind (Paperback) 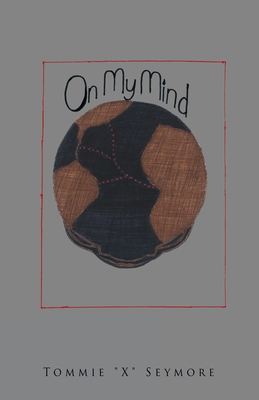 On My Mind (Paperback)


Not On Our Shelves—Ships in 1-5 Days
(This book cannot be returned.)
These poems and stories were written at different times in the author's life, i.e., youth, teen, and adult. Some reflect the immortality of his youth, where he had visions of saving the world, and speaking truth to power. Others reflect his desire to be freed from incarceration, physically, emotionally, spiritually and mentally; all while he is wrongfully confined in an archaic world that eats away at the morality of man. The poems and stories come from a place of longing, suffering, and never-ending hope; in a place where the tangible is hard and inanimate. Despite being wrongfully incarcerated for 30 years, the author is still hopeful that he will be released. Tommie Seymore was born in Georgia and moved to Detroit, MI with his family when he was 3 years old. He has worked as a Personal Operations Aide, specifically in the area of suicide prevention, and as a legal writer where he assists other inmates in their pursuit of freedom. He is also a certified Braille transcriber; and is a father, son, brother, uncle, nephew and friend to many.