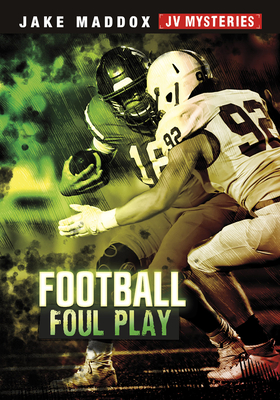 
Special Order—Subject to Availability
After winning their first playoff game, Badger teammates Kenny Hu and Romeo Russell get some disturbing news. The Supreme Bowl trophy has been stolen from the rival school across town Even worse, the evidence points to the Badgers' quarterback being the culprit. At first, Kenny and Romeo think it's just a prank that went too far. But when their teammate insists that he didn't do it, they decide to investigate. Where will the clues lead? Will the evidence show that their friend is innocent? Follow Kenny and Romeo as they work to uncover the truth behind the stolen trophy in this Jake Maddox JV Mystery.