This Is Our Town: Those Yesteryears in War Born Henderson, Nevada (Hardcover) 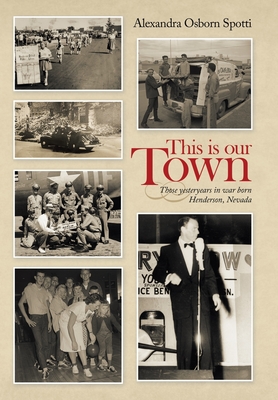 This Is Our Town: Those Yesteryears in War Born Henderson, Nevada (Hardcover)


Backordered
(This book cannot be returned.)

Thousands of souls from across the United States heeded the call and traveled to Southern Nevada to build the world's largest magnesium production plant. Living conditions were harsh in the parched desert encampment that some called Tent City. But the iron-willed men and women who answered the call would break all records in magnesium production. When the war ended, however, a mass exodus from the settlement left it on the brink of becoming just another ghost town. In this book, the author offers readers a front-row seat to the development of Henderson, Nevada. In plain, straightforward language, she examines the forces that propelled the small community through the war and how it continued to thrive into the twenty-first century. Whether you're interested in World War II, the history of Nevada, or the history of Henderson in particular, this book reveals the powerful impact of a small desert town.