The Story of Mr. Thomas Carney: A Maryland Patriot of the American Revolutionary War (Paperback) 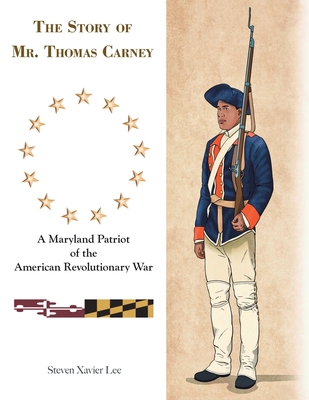 The Story of Mr. Thomas Carney: A Maryland Patriot of the American Revolutionary War (Paperback)


Not On Our Shelves—Ships in 1-5 Days
The Story of Mr. Thomas Carney shares the chronicle of an African American Revolutionary War hero, forged deep in Maryland's early history. It is 1804 when a Revolutionary War veteran is asked by a teacher in Baltimore, to tell his story to her class. As he addresses the assembly in the one-room schoolhouse, Thomas Carney provides a fascinating glimpse into the War for Independence, from the perspective of a free African American family. Within his tales, Carney reveals his experiences while growing up in the Colony of Maryland on the Eastern Shore, listening to his grandfather's stories of their legacies, witnessing Chestertown's protest tea party, and eventually embarking upon a bold adventure as a twenty two-year-old enlistee, who served in two different armies over the course of the War. As he discloses how he and his fellow soldiers pressed on for a new future, Carney shines a light on the sacrifices that fostered the birth of the United States of America..