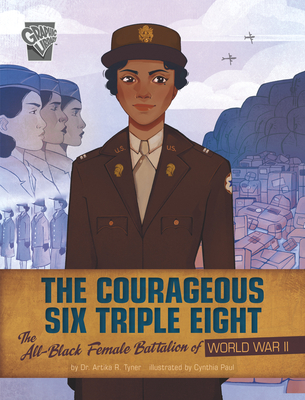 
Not On Our Shelves—Ships in 1-5 Days
When the United States entered World War II, it had to face its own contradictions at home. Opportunities opened up for Black people and women in support of the war effort. But ideas about race and gender didn't change as swiftly. Read the story of the first all-Black battalion in the Women's Army Corps--the Six Triple Eight--and its leader, Major Charity Adams. These women bravely confronted the racism and sexism they experienced. And they did it while creating a system to make sure millions of letters and packages got to soldiers fighting in Europe. From the Women Warriors of World War II graphic novel series, this inspiring story will introduce readers to heroes who were victorious in more ways than one.