The Attack on Fort Sumter: A Day That Changed America (Paperback) 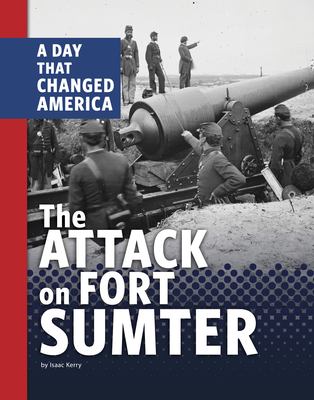 The Attack on Fort Sumter: A Day That Changed America (Paperback)


Not On Our Shelves—Ships in 1-5 Days
On April 9, 1861, soldiers gathered outside Fort Sumter. They were fighting for the Confederacy, which was made up of southern states that had left the United States. The soldiers demanded the U.S. Army leave the fort. Even though the fort had less than a week's worth of supplies, the Army refused. Three days later, a fight for the fort began. That battle was the start of the Civil War. Now readers can step back in time to learn about what led up to this historic conflict, how the costly event unfolded, and the ways in which one explosive day changed America forever.