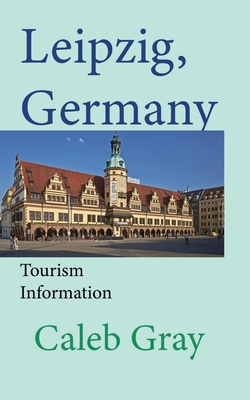 
Not On Our Shelves—Ships in 1-5 Days
(This book cannot be returned.)
Leipzig, Germany. Tourism Information. The New Berlin', says just about everybody. Yes, Leipzig is Saxony's coolest city, a playground for nomadic young creatives who have been displaced by the fast-gentrifying German capital, but it's also a city of enormous history, a trade-fair centre and solidly in the sights of music lovers due to its intrinsic connection to the lives and work of Bach, Mendelssohn and Wagner. To this day, one of the world's top classical bands (the Gewandhausorchester) and oldest and finest boys' choirs (the 800-year-old Thomanerchor) continue to delight audiences. When it comes to art, the neo-realistic New Leipzig School has stirred up the international art world post-reunification with such protagonists as Neo Rauch and Tilo Baumg rtel. Leipzig is known as the Stadt der Helden (City of Heroes) for its leading role in the 1989 'Peaceful Revolution' that led to the reunification of Germany.