The Alligator Who Came for Dinner (Hardcover) 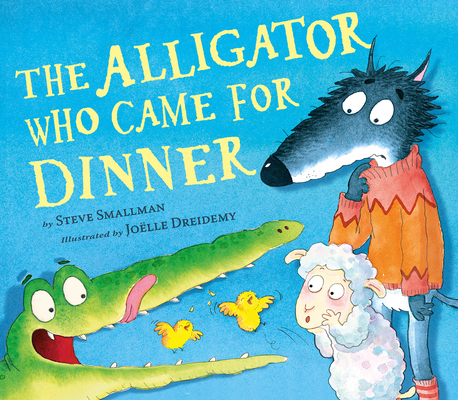 The Alligator Who Came for Dinner (Hardcover)


In Stock—Click for Locations
A heartwarming tale about breaking down barriers and challenging stereotypes.

Wolf and his best friend, Little Lamb, have found an egg. A BIG egg. An egg that hatches into a snippy, snappy crocodile named Omelet! All the forest animals are wary at first. But in no time at all, Omelet wins everyone in the forest over with his kindness and friendship.

Well, almost everyone. Can the residents of the forest change their ways and learn to stop judging a book by its cover?
Steve Smallman has taken up writing his own stories after illustrating children's books for over 30 years. He also teaches illustration and mural-painting workshops in schools. When he's not working, Steve enjoys films, television, gardening, and walking in the countryside.

Joelle Dreidemy was born in Saint-Avold in France. Joelle lives and works in France, producing illustrations for magazines and children's books.