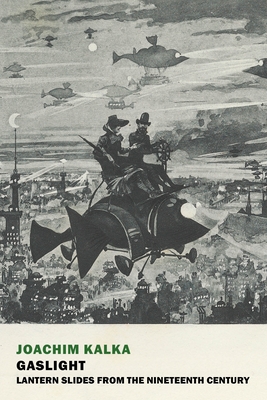 
Special Order—Subject to Availability
A one-of-a-kind exploration of the 19th century that ties the time period to our own through essays on a variety of topics in music, film, literature, and art.

In Gaslight, Joachim Kalka delves into the mythos of the nineteenth century, exploring our fascination with its “auratic gaslight,” its mingling of romanticism and modernity, enlightenment and darkness. Here we find the roots of our contemporary preoccupations: gender roles and sexuality, terrorism and technology, mad scientists and serial killers, kitsch and commodification. Mustering a wealth of cultural references, Kalka draws illuminating connections between Balzac and Billy Wilder, Mickey Mouse and the arms race, the cake fights of Laurel and Hardy and Madame Bovary’s wedding cake. He brings the nineteenth century to life with all its contradictions, aspirations, and absurdities, inviting us to reexamine that era and our own, and the stories we tell ourselves about history.
Joachim Kalka is an essayist, literary critic, and translator of authors such as Martin Amis, Angela Carter, G.K. Chesterton, Nathaniel Hawthorne, Christopher Isherwood, and Gilbert Sorrentino. He lives in Leipzig, Germany.

Isabel Fargo Cole is a writer and a translator of such authors as Annemarie Schwarzenbach, Franz Fühmann, Wolfgang Hilbig, and Klaus Hoffer. She lives in Berlin, Germany.
"Kalka is stupendously well-read, and uses this range to make all sorts of unexpected links." —Stephan Speicher, Süddeutsche Zeitung