All about Stephen Curry (Paperback) 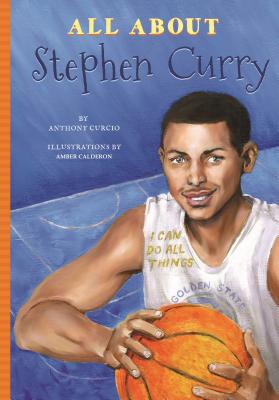 All about Stephen Curry (Paperback)


Special Order—Subject to Availability
A six-time NBA All-Star, Wardell Stephen Curry II (known as Stephen) was named the NBA Most Valuable Player twice and won three NBA championships. He was largely thought of as the greatest shooter in NBA history. Curry was the first player in NBA history to be elected MVP by a unanimous vote and to lead the league in scoring.
Curry's father was former NBA player Dell Curry. The family's support of his father instilled a deep love of basketball in Curry, and led to him becoming one of the top record-setters in the sport.

Anthony Curcio is a five-time best-selling author. He has bachelor's degree in social sciences from Washington State University and is an educational consultant and speaker. Anthony lives in Seattle with his wife and two daughters.