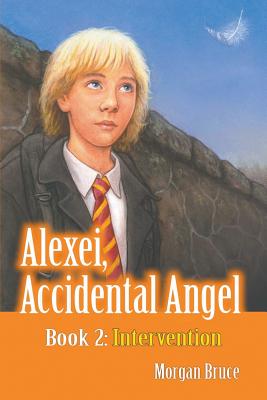 Alexei has a secret. He is different from every other boy in his class. Different, in fact from any boy or girl he has ever seen. He may be only eleven years old, but he is also an angel who has just completed a mission to save the life of his human sister. When dressed in his school uniform, he may look like any other child, but he possesses special angelic abilities, such as being able to be invisible. He also has wings and can fly

As yet, almost no one knows his secret. Not even his foster parents.

But a moment of carelessness on a wind-swept beach and the ruthless actions of an amateur bird-watcher, intent on having his moment of television fame, are about to place Alexei's whole existence in jeopardy. With the knowledge that such a revelation could eventually lead to his having to give up his life posing as a human child, Alexei realises that it is time to reveal his secret to those closest to him. With the hope that, instead of viewing him as a "mutant freak," they will give him the help he needs to continue his life on Earth and avoid the bird-watcher's criminal intentions.

Born, raised, and still living in Auckland, New Zealand, Morgan Bruce began writing in 1996 and released his first book in 2009. Having married in 1971 and eventually raised two daughters as a solo father, he now has four wonderful grandchildren.

As well as being an author, Morgan Bruce is also a musician and educator. As a result, some of the characters in his books are modelled on teachers, parents, and pupils he's known over his 44 years in education, and music and sport figure prominently in his writing. This latest book - Intervention - is the second part of the seven-part 'Alexei, Accidental Angel' series.

Generally calm in nature, Morgan Bruce is happy to let life flow and observe it from the sidelines, so to speak. This sense of contentment is perhaps indicative of his way of viewing the world, and is exemplified by the fact that not only has he lived in the same house for over 37 years, but, until his recent retirement, remained in the same employment for 34 years.