The Last Stand of the Tin Can Sailors: The Extraordinary World War II Story of the U.S. Navy's Finest Hour (Hardcover) 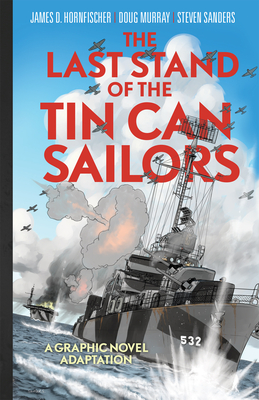 The Last Stand of the Tin Can Sailors: The Extraordinary World War II Story of the U.S. Navy's Finest Hour (Hardcover)


Not On Our Shelves—Ships in 1-5 Days
James D. Hornfischer's gripping account of the battle, based on declassified documents as well as extensive interviews with veterans, is acclaimed as one of the most compelling works of naval history ever published. Hornfischer's awards include the 2018 Samuel Eliot Morison Award, given by the Board of Trustees of the USS Constitution Museum. Doug Murray is a comic book writer and novelist. He served as a non-commissioned officer in the Army in Vietnam and was the main writer on the popular comic book series The 'Nam, published by Marvel Comics. Steven Sanders is an illustrator from Kansas City, Missouri. His work has appeared in the distinguished SPECTRUM anthology and has drawn a number of comics for Marvel and Image Comics. Matt Soffe is a freelance colorist and illustrator originally from the North West of England, now based in California. His work has appeared in many publications over the last ten years, including 2000AD, Judge Dredd Megazine and Heavy Metal Magazine, as well as with publishers such as Z2 Comics, Accent UK, Soaring Penguin, Printed in Blood, and Topps. Rob Steen has lettered books for most major comic companies. He is also the illustrator of the Flanimals children's book series written by Ricky Gervais, and the children's book Erf, written by Garth Ennis. His latest book is The Pod.