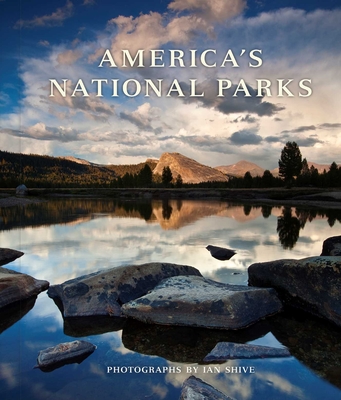 By Ian Shive (By (photographer))


On Our Shelves Now at:
From Yosemite's cascading waterfalls to Yellowstone's geothermal wonders, the U.S. national parks are among the most breathtaking places in the world.

Founded to preserve the nation’s heritage and historic landscapes, the national parks are one of America’s crowning achievements and greatest treasures.

The National Parks: An American Legacy tells the story of the parks through the photography of Ian Shive, today’s leading photographer of our national parks and their surrounding significant landscapes, as well as through poignant essays by conservancy groups from across the country.

With more than 200 glorious images of the nation’s parks, this book celebrates everything from the snowy vistas of Denali in Alaska to the lava flows in Hawaii’s Volcano National Park—as well as Yellowstone, Yosemite, the Grand Canyon and hundreds more, from sea to shining sea. Comprehensive, stunningly beautiful, and always inspiring, The National Parks: An American Legacy reveals the way humankind interacts with the parks, and how the story of the national parks is also a tribute to the people who visit, explore, and tirelessly work to preserve these cherished American landscapes.

Ian Shive is an award-winning conservation photographer, author, educator, film producer, and environmental advocate, as well as the recipient of the Sierra Club’s Ansel Adams Award for Conservation Photography. Shive’s images have appeared in publications around the world, including National Geographic, Men’s Journal, Outside, Backpacker, National Parks, Nature Conservancy, Smithsonian, and hundreds of others. Often referred to as the leading chronicler of America’s national parks and endangered ecosystems around the world, Shive is most proud of his role in helping bring science and conservation stories to life with his photography and films.

W. Clark Bunting serves as President and CEO of National Parks Conservation Association (NPCA), a nearly 100 year-old non-profit advocacy organization, following a distinguished career as a businessman and innovator within the media industry. At NPCA, Bunting is combining his passion for conservation with his political and business skills to lead the non-profit as well as the national parks movement into their second century.