The Dark Crystal: Touch and Feel Book of Opposites (PlayPop) (Board book) 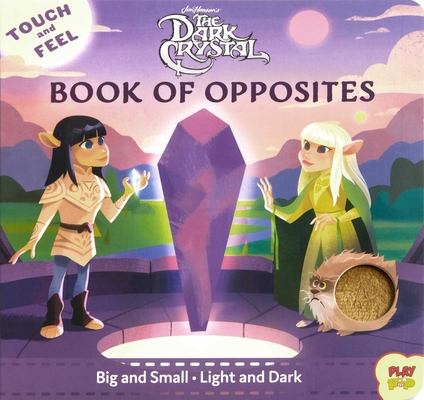 The Dark Crystal: Touch and Feel Book of Opposites (PlayPop) (Board book)


Special Order—Subject to Availability
Learn about opposites like light and dark in this engaging interactive board book inspired by Jim Henson’s classic film The Dark Crystal!

In the age of wonder, Jen, Kira, and their adorable companion Fizzgig must heal the Dark Crystal to bring balance to the world of Thra. This colorfully illustrated board book will guide children to help Jen and his friends learn about opposites by pointing out the differences between the kind Gelflings and the evil Skeksis. Concepts like fast and slow, light and dark, big and small will be revealed through touch and feel elements. Jim Henson fans young and old will delight in this engaging board book that teaches real world observational skills while engaging with the fantastical world of Thra.
Bill Robinson is an illustrator and character designer for animation. He has illustrated over twelve books for children, including titles based on Frozen, The Dark Crystal, and Vampirina for Random House and Disney. He is currently a character designer at DreamWorks TV (The Boss Baby: Back in Business) and has worked with Disney, Sony, Warner Bros., Reel FX, Nickelodeon, and HBO. His work can be seen in the upcoming film SCOOB! from Warner Bros. He lives with his wife, daughter, and dog in Los Angeles, California. You can see more of his work at www.flimflammery.com or @flimflammery on Instagram and Twitter.