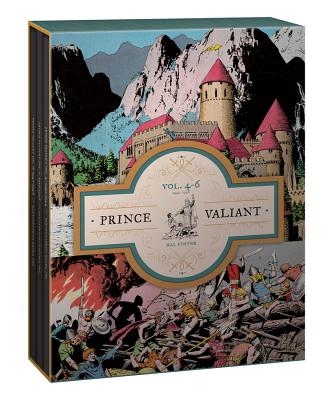 This deluxe set spans the years 1943-1948 of the classic newspaper adventure strip.

Among the many King Arthur inspired adventures in these volumes, Val journeys back to the land of his birth, meets his bride-to-be, and travels to Canada, where his son is born!