No One Else (Paperback) 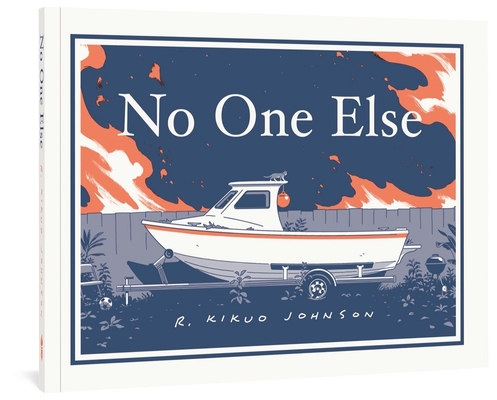 No One Else (Paperback)

A death throws a family's life into turmoil in one of the most anticipated graphic novel releases of 2021.

In this graphic novel, Charlene is a divorced mom, has a young son named Brandon, and works full-time as a nurse while also caring for her infirm father. She is barely holding their lives together when tragedy strikes and leaves Charlene and Brandon on their own. Charlene, who has put everyone but herself first for years, sees it as an opportunity for a new start of sorts. That is, at least, until her easy-come, easy-go brother, Robbie — a well-intentioned but unserious semi-professional musician — rolls back into town after a long absence. Brandon, a good kid who aches for life to return to normal, focuses his grief on his cat, Batman, who hasn't been seen for a few days since he ran into the sugar cane fields that lie on the edge of their housing tract.

No One Else is a graphic novel of great tender truth, as Charlene, Brandon, and Robbie learn to navigate life day to day with their plans, fears, and desires. Gorgeously drawn and set in the author's hometown on the Hawaiian island of Maui, it is the long-awaited follow up to Johnson's acclaimed debut graphic novel, Night Fisher, and a mature work of literary fiction that is certain to be one of the most talked-about books of the year.

R. Kikuo Johnson was born in 1981 in Maui, Hawaii. He graduated from the Rhode Island School of Design and is an illustrator, educator, and graphic novelist based in Brooklyn. His bold, graphic, comic-styled illustrations have appeared on multiple covers of The New Yorker, book covers, and the acclaimed children’s book, The Shark King (Toon Books, 2012).
Johnson’s dreamlike vignettes capture a family in the aftermath of loss, during a time of transition and, possibly, renewal, as they live through moments that are at once quotidian and monumental.
— The New Yorker

I’ve read it four times, and find fresh connections and details with each round.
— The New York Times Book Review

As he tracks a few days in the course of his characters’ lives, Johnson avoids the easy cliches typically deployed in tales that depict the grieving process; he eschews even catharsis in favor of conveying raw emotion with brutal realism.
— Library Journal (starred review)

Johnson draws with a confident bravado that is particularly impressive … and his narrative skills are equally assured.
— Booklist

A meditative and melancholy story that’s nevertheless bristling with energy and dry humor — one that lingers long after the first read.
— Bomb Magazine

No One Else sparks an emotional fire with subtlety and grace.

No One Else skyrockets [Johnson] to the upper pantheon of cartoonists making literary fiction thanks to his skillful use of the medium, his deep insight into its characters, and his restraint in telling their stories — which pushes the reader close to them, to see them with clarity and compassion. If Anton Chekhov was making comics today, they might read like No One Else.

No One Else might be one of the most subtle, poignant books about grief I’ve experienced.

This is a sophisticated, modern and artful look at the pressures of work and family.
— Youth Services Book Review