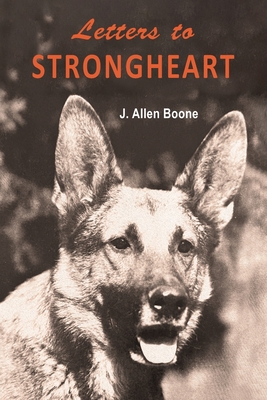 2022 Reprint of the 1940 Edition. Full facsimile of the original edition and not reproduced with Optical Recognition Software. Originally published in 1939, this book comprises a series of letters written by American author J. Allen Boone to the late Strongheart, n e Etzel von Oringer, the hugely popular German Shepherd film star of the 1920's. A true actor, Strongheart was the hero of six movies, has his own star on the Hollywood Walk of Fame-and even beat a murder charge A must for all animal-lovers. J. Allen Boone wrote two books, Letters to Strongheart and Kinship with All Life about animal communication and the survival of the dog's soul after death. Both books were reprinted many times and remain classics of the Spiritualist faith. Boone was a Washington Post correspondent who looked after Strongheart for an extended period while the owners were away on business. Boone and Strongheart reportedly formed a deep bond, and Boone believed the dog was a transformational being.