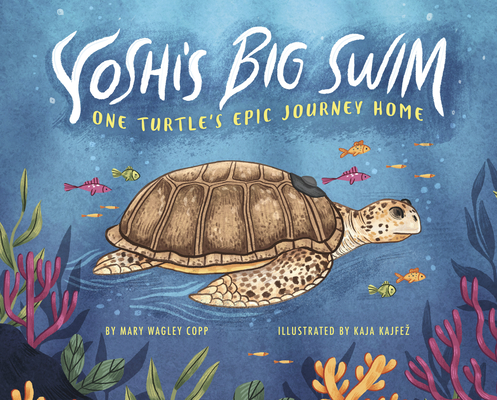 
Backordered
Yoshi's Big Swim chronicles the impressive true story of Yoshi, a loggerhead turtle who was rescued by fishermen, then rehabilitated and cared for by scientists for many years. The scientists adored her, and Yoshi was happy in her aquarium home. But then, many years later, Yoshi let them know that it was time for her to move on. Would Yoshi be safe? Would she know what to do? After lots of preparation--and plenty of friendly back scratches for Yoshi--the determined loggerhead set off on her journey. Discover an amazing story celebrating teamwork, science, and an animal hero who swam more than 22,000 miles to her true home--the longest journey of any animal ever tracked. In addition to being awe-inspiring, Yoshi's story underlines the importance of wildlife conservation and the power of one animal to unite people around the world for a common cause.