Climate and Energy: The Case for Realism (Hardcover) 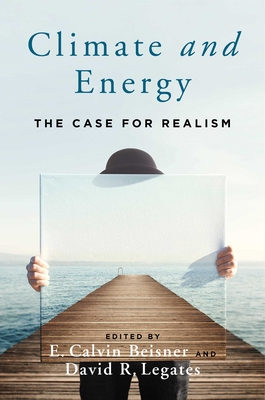 Climate and Energy: The Case for Realism (Hardcover)


Not Yet Published—Pre-Order Now
The attempted cures for climate change are generally worse than the disease—especially for the poor. In this groundbreaking volume, experts in all the fields related to climate change explain for laymen what we know about climate change and evaluate from a Christian perspective the proposed responses.

Demands to transform the global energy infrastructure to depend heavily on wind, solar, and other renewables are harmful to people in America and the world–especially to the poor. Meanwhile, continued large-scale use of traditional energy sources like nuclear, hydro, and fossil fuels would reduce poverty while doing less harm to the environment.

Climate and Energy Policy combines outstanding climate science, physics, economics, environmental science, political science, ethics, and theology to present a well-reasoned understanding of human-induced climate change and how to respond to it. It introduces readers first to

It then introduces readers to

Appealing to both experts in the field and readers with no specialist training, Climate and Energy Policy will guide policymakers toward policies that relieve poverty and protect the natural environment and human society from damage.

Dr. Calvin Beisner is Founder and National Spokesman of The Cornwall Alliance for the Stewardship of Creation, a network of over 60 Christian theologians, natural scientists, economists, and other scholars educating for Biblical earth stewardship, economic development for the poor, and the proclamation and defense of the good news of salvation by God’s grace, received through faith in Jesus Christ’s death and resurrection. He and his wife Debby, an accomplished portrait painter, have seven children and twelve grandchildren.