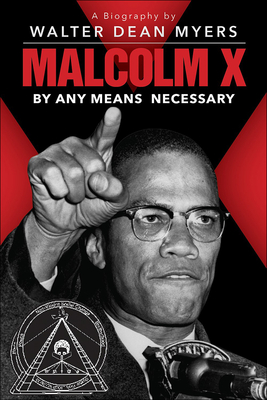 As a 14-year-old he was Malcolm Little, the president of his class and a top student. At 16 he was hustling tips at a Boston nightclub. In Harlem he was known as Detroit Red, a slick street operator. At 19 he was back in Boston, leading a gang of burglars. At 20 he was in prison.

It was in prison that Malcolm Little started the journey that would lead him to adopt the name Malcolm X, and there he developed his beliefs about what being black means in America: beliefs that shook America then, and still shake America today.

The late Walter Dean Myers was the 2012-2013 National Ambassador for Young People's Literature. He was the critically acclaimed New York Times bestselling author of an award-winning body of work which includes Somewhere in the Darkness, Slam!, and Monster. Mr. Myers has received two Newbery Honor medals, five Coretta Scott King Author Book Awards, and three National Book Award Finalist citations. In addition, he was the winner of the first Michael L. Printz Award.