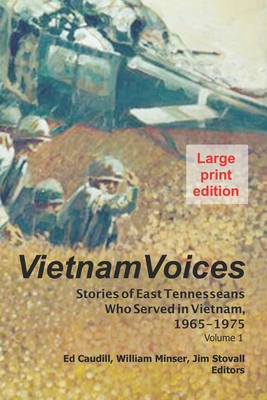 
Not On Our Shelves—Ships in 1-5 Days
(This book cannot be returned.)
These are just a few of the many stories told by East Tennesseans who served during the 10-year conflict that we now call simply "Vietnam." The word resounds with memories for every American who was alive and aware during that time.

The memories of those who served there as members of the United States armed forces are especially important for us today because we must not forget their efforts and their sacrifice.