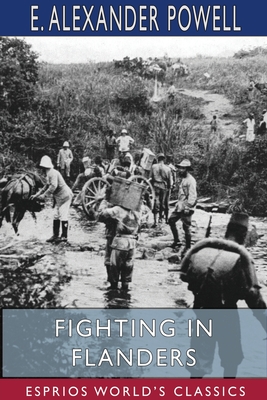 Edward Alexander Powell (1879 -1957) was an American war correspondent during World War I and author. Powell was born in Syracuse, New York. In 1898-1899 he worked for the Syracuse Journal, and in 1902 he became editor of Craftsman. From 1903-1904 he was an advertising manager for the Smith Premier Typewriter Company, based in London, England, and in 1905-1906 he worked in the Near East as a correspondent for British and American publications. From 1906-1909 he was a Consular official in Syria and Egypt. He also worked as a war correspondent during World War I and his position as a neutral allowed him access to both sides of the battle lines, from 1914 onwards.