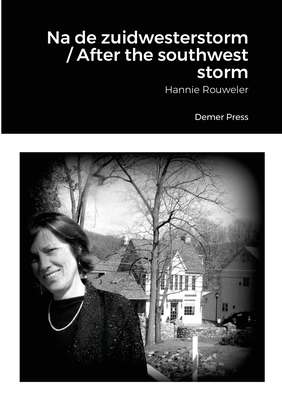 
Not On Our Shelves—Ships in 1-5 Days
(This book cannot be returned.)
Dutch and English poems by Hannie Rouweler, The Netherlands. The poetry of Hannie Rouweler resembles the divine islands of the Archipelago as referred to by the great H lderlin. Even for those who have never visited them, they are like old friends, one recognises them as if they had just risen from the sea, pure summits of the earth clawing out of the waves, always present, always testifying to what is lasting and real in the magic of a human being working with words. Mircea Ivanescu (Romania) (Calator catre cuvint, University Lucian Blaga, Sibiu, translated by Liliana Ursu) A poem by Hannie Rouweler is distinctive - it has an individual voice. When reading her poetry, you often get the feeling of changing gear, almost going into neutral. The mood created by many of her poems is one not of stillness but of stasis - like the stone that has landed in the pond before the ripples come. And the ripples do come - after the poem has been read - spreading outwards from a deceptively calm centre. John Irons (Denmark) (A timeless tide) Among the various emerging voices in Dutch Poetry the voice of Hannie Rouweler is special for the sensible perception of a reality, transferring its concrete aspects to a fugitive and unexpected vision in a serene restlessness Jos L. Reina Palaz n (Spain) (Rompiente del d a) Freshness and directness of the voice. Chana Bloch (Berkeley, U.S.A.) There is a consistent and recognizable voice carrying a warm and relaxed tone, but keeping control of the formal handicraft at the same time. It is a pleasure to both the tongue, the ear and the mind to read these poems. Jostein S b e (Norway) (Lakes and Gardens) Rouweler can say in a simple way things of profound expressiveness. Aleidis Dierick Poetry Magazine (Gent/Belgium) Poetic refinement and great depth to the frontier of meaning where words fail. Jan Nies Dutch/Flemish Cultural Magazine "Schoon Schip" (Assen / Antwerp) At last poetry in which a deep human voice is heard. Menno Wigman (In de branding van de dag) Her poetry is characterised by the great amount of nostalgic feelings in a lost time. Theo Hakkert Newspaper TUBANTIA A landscape very typically Dutch, at its best. Leo Vroman (Fort Worth, U.S.A.) (Bewegingen)