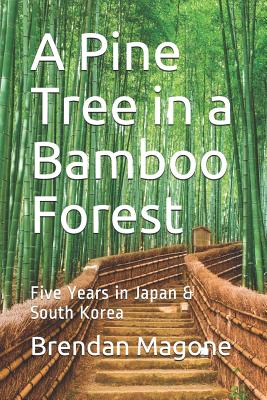 
Not On Our Shelves—Ships in 1-5 Days
(This book cannot be returned.)
From 2000-2006, American Brendan Magone lived and taught English in Kyoto, Japan and Jeonju, South Korea. Far removed from his usual milieu, the Northern Rockies of Western Montana, Brendan finds himself both charmed and vexed by foreign lands. These comedic and sometimes dark adventures-mixed with keen, poignant reflections-take readers deep down an Asian rabbit hole. The average Westerner exploring the Far East is often baffled by an Asian mystique. Yet Asians know a tremendous amount about the Western world. They study English since elementary school, listen to Western music, watch Hollywood movies, and peruse American websites. Although most Westerners have little concept of the Confucius mindset and harmonious lifestyle of the Japanese and South Korean people, Brendan's thoughtful and self-deprecating narrative brings it into sharp focus. Brendan Magone holds an MFA in Creative Writing Nonfiction from the University of Wyoming. He is also the founder and Director of Content for Global Top Picks, Inc. Their flagship website is LasVegasTopPicks.com, with several more travel destination sites in development.