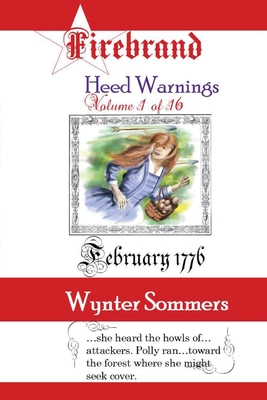 Firestorms occur when Firebrands unite and forge history. Firebrands were the ancestors
of Courtly City descendants Jack Courtly, ruler of Courtly City, his wife, Queenie of AromaX, and conflicts among AnCors, Anti-Corporatists, as well as the Earth Farmers. This saga unfolds their struggles and victories which reverberate throughout 200 years into the future of Courtly City. Who will heed the warnings?

Polly and her husband have just completed building their simple cabin in the American wilderness when they are viciously attacked. Meanwhile, Jane, a formerly wealthy woman from England, finds herself unexpectedly reduced in income when her inheritance is given to a distant relative. This forces Jane to be dependent upon her American Uncle Floyd. He must sponsor Jane and her maid on a perilous voyage to the Colonies.