Conscience in Extremis: An Essay on Morality in the Making of History (Paperback) 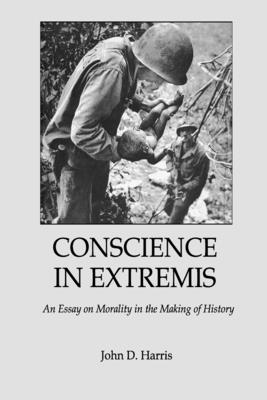 Conscience in Extremis: An Essay on Morality in the Making of History (Paperback)


Not On Our Shelves—Ships in 1-5 Days
(This book cannot be returned.)
The lives and crises of Norman Morrison and Robert McNamara are offered as exemplars of the moral conflict and moral idealism of the Sixties. Morrison, as a celebrated martyr to the war, and McNamara, as a vilified perpetrator of the war, are by these facts or legends alone remarkable to history. They are symbolic for the tortured memory as that war resides within the American cultural conscience; how they show this war for a unique misery of moral conflict. Morrison, as the Quaker, or as a hypersensitive neurotic, may have been the extremity of this hypostatic moral idealism; perhaps he was the expression of the extreme, and was beyond the containment of normality, beyond the world of the Everyman, who is just getting by as best he can. But McNamara belonged to the normal, to the world of Everyman, and he had stepped up to serve, as we think citizens ought to step up, and he had taken our ideals to their logical ends; in the end he had found himself facing the same moral anguish to which Morrison had committed himself to his death.Taking the lesson of these, Conscience in Extremis examines how the Sixties in America was governed by profound moral conflicts and moral idealism that challenged and changed our society and its culture fundamentally. Fevered by the hyperpatriotism of World War II and the Cold War, the horror of the Holocaust, and threat of imminent annihilation by nuclear war, while passionately stoked with superlative visions of the American Dream and the unfulfilled American Creed of justice, equality and liberty for all, the epoch roiled American norms. Traditional values fell before the rulings of the Court. Youth rebelled. Moral authority was defied. Where will this end?