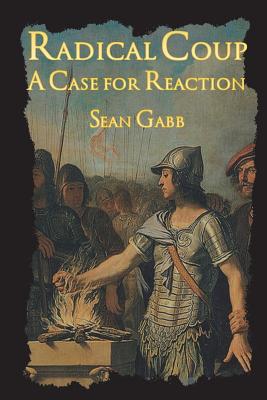 From the Foreword by Hans-Hermann Hoppe

"Gabb provides detailed analyses of many issues currently hotly debated both in and outside of libertarian circles all across the Western world, and assesses their role and impetus in the process of social change. Thus, the reader will find many valuable, historically informed insights regarding the issues of "free" (mass) immigration vs. controlled borders, multiculturalism vs. cultural homogeneity, secession vs. centralization, of left-libertarianism and the new, Alternative Right, and of Christian and Islamic culture.

"Most importantly especially for libertarians and, as I should confess, much in line with what I have tried to accomplish for quite some time with my own writings, in reaction to the diagnosed disease-the Radical Coup-Gabb proposes a detailed, equally radical cure-his Case for Reaction-that envisions a programmatic alignment of traditional conservatism and libertarianism with the common goal of restoring a bourgeois society as the highest achievement of Western civilization."