May Day Morning in Yerevan (Paperback) 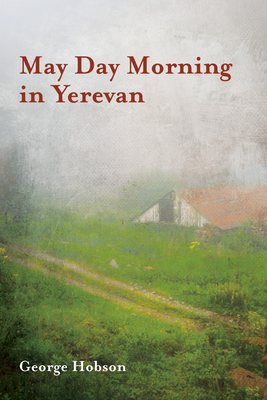 May Day Morning in Yerevan (Paperback)


Not On Our Shelves—Ships in 1-5 Days
The thirty poems in this collection were written over many years and are not in chronological order. The dramatic movement of the poems can be analogously compared to a day in the country that opens with playful lyrics about nature and the passing seasons, then moves on, at noon, to an evocation of divine presence in time and space. Afternoon advances, and ominous rumbles are heard as dark clouds gather over a violent humanity. A prophetic warning is heard, accompanied by a sense of imminent danger. Then clouds explode and there follows, recounted in a long narrative poem, the terrifying storm of the Armenian genocide in the first quarter of the twentieth century. In the aftermath of this horror, as evening approaches, one senses the poet groping to recover meaning and hope. The day closes with an exhortation to receive grace, followed by a vivid picture-poem of the day's end, entitled Cloud-Drama at a Stormy Evening's Close.
George Hobson has published five volumes of poetry: Rumours of Hope (2005); Forgotten Genocides of the 20th Century (2005); Faces of Memory (2017); Love Poems for my Wife, Victoria (2019); and The Parthenon (2019). A retired Episcopal priest who has lived over half his life in France working for ecumenical renewal, he has taught theology in many developing countries, including Rwanda, Burundi, Haiti, Armenia, and Pakistan.