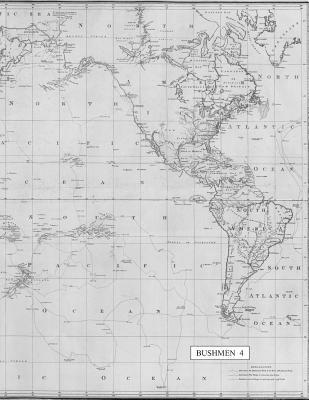 
Not On Our Shelves—Ships in 1-5 Days
(This book cannot be returned.)
The most useful result that ethnohistory can provide is to reconstruct what all aspects of a culture were like when it was most nearly intact and best documented and to compare the reconstructions of cultures to one another to determine what they had in common before they separated. This is what I attempted to do in Aborigines (Waddell 2016), and it is what I am attempting to do for Bushmen in two volumes on Bushmen by comparing primarily the Kung and the G/wi, whose cultures were most nearly intact when they began to be recorded comprehensively without bias. The Kung in particular are ideal for comparison with Aborigine and Fuegians. "The Kung are the best known of all Khoisan peoples. They are also among the most studied, and best studied, of any ethnic group in the world"(Barnard 1992: 40).I initially planned to write a single volume comparing Aborigines, Bushmen, and Fuegians. I found that three volumes were needed to do justice to the most reliable sources on Aborigines. I planned to write a volume on Bushmen (comparing the Kung and /Gwi), but found that two volumes were needed. I have written the second volume, but it needs further rewriting and correcting, and I plan to publish it before the end of 2018 as volume 5 of Were We Like Them? I have also written two additional volumes. One on Fuegians compares the Yahgan and the Ona, and it will be the sixth volume in the series. For the seventh volume, I have drafted a separate volume entitled the "50,000-Year Datum" to determine what Aborigines, Bushmen, and Fuegians had in common before they separated, made their way to three continents, and ceased to influence one another. I plan to prepare an eight volume with illustrations of the ways of life of all three peoples arranged topically to facilitate comparison.
Gene Waddell is a historian who writes mainly about ethnohistory and architectural history. As an ethnohistorian, he has also written Indians of the South Carolina Lowcountry, 1562-1751, the Taino in 1492. and three volumes on Aborigines. As an architectural historian, he has written Charleston Architecture, 1670-1860 and the Creation of the Pantheon: Design, Materials, and Construction.