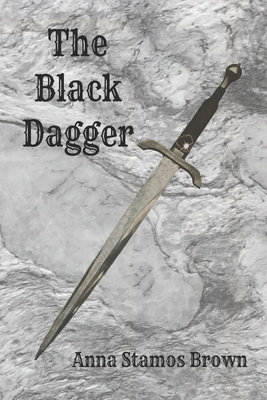 
Not On Our Shelves—Ships in 1-5 Days
(This book cannot be returned.)
In the Fifth Century, Merlin foretold a prophecy that in the new millennium a conqueror would come from across the sea to bring order to Britain, and under his leadership, their country would become united and prosper. Only a mystical dagger if used with evil intent could stop that future from coming to pass.During the battle of Hastings in 1066, two knights fight on different sides: Gilbert, a Norman; and Kyron, a Saxon, fight to defend their leader's flanks. An errant swing of the Norman knight's sword leads to the loss of Kyron's mystical Black Dagger, sending Gilbert into the future.The Norman knight's travel to the 1860 sets in motion unexpected events for him and Alice, the girl who finds him wounded, and her friends Geoffrey and Claire. When they discover the dagger is the device that has sent Gilbert to the future, they all embark on an adventure of discovery that transports them all back to the year 1066. Once there, they encounter Kyron, the Saxon knight who lost the dagger fighting Gilbert. The two knights join together on a quest to ensure Merlin's prophecy will come to pass. A deep love arises between Gilbert and Alice. Yet at the end of their journey, the Norman knight realizes that If Alice and her friends are able to return to 1860, he must choose to stay in his own time or follow Alice to the future.