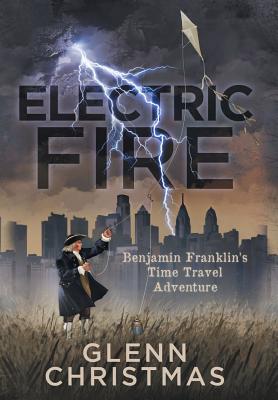 Most everyone knows Benjamin Franklin flew his kite in a lightning storm, proving lightning is electricity. But do you know what led him to think up such a crazy idea? Zach and Zane are about to find out.

It's supposed to be an exciting day for sixteen-year-old twins, Zach and Zane, when they recreate Benjamin Franklin's kite experiment.

But instead, they travel through time in their father's unsuspected time machine, stealing his glory. Their problems deepen, when they accidentally transport Benjamin Franklin and Bernard, a man who despises Benjamin, to a modern-day Philadelphia.

Benjamin's eyes are amazed with the futures technological advancements. Bernard learns of an opportunity to steal the time machine, and Benjamin's fame. Zach and Zane discover the difficulties of correcting a history changing heist. But there are several heists and Benjamins notoriety, electrical letters and famed kite experiment are at the heart of them all.

The boys must act fast, but their daring decisions not only takes them on a remarkable journey through time and the colonial period, they also place them in jeopardy of perishing.