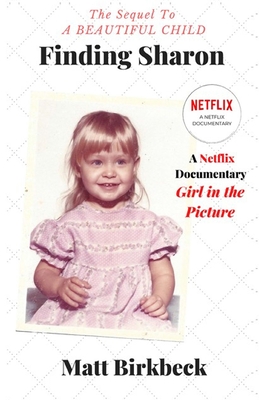 NOW THE NETFLIX DOCUMENTARY GIRL IN THE PICTURE

Caught in the murderous web of the monster she called her father, Sharon wasn't her real name. But her horrifying story captured the hearts of readers everywhere and lead to a ten-year search to resolve two great mysteries - what was her true identity, and what became of her young son Michael, who was kidnapped from his first grade classroom and never seen again.

The worldwide interest in Sharon's story prompted the National Center for Missing & Exploited Children to open a new case file enlisting the FBI - and with A Beautiful Child as a roadmap, two FBI agents set their sights on death row interviews with Sharon's tormentor to learn the shocking truth.

Equal parts memoir and narrative journalism, Finding Sharon picks up where A Beautiful Child left off and brings to a close one of the greatest mysteries in the annals of law enforcement - and a miraculous ending that will leave you in tears.

Both books, A Beautiful Child and Finding Sharon, are adapted into the riveting Netflix documentary Girl In The Picture.

"Finding Sharon is a thrilling detective story with a heart of love. Matt Birkbeck shows himself again to be a wonderful storyteller and a most determined investigator as he unravels the final chapter of the tragic and mysterious journey of a gifted young woman."

Paul Moses, Pulitzer Prize winning journalist and author of An Unlikely Union and The Saint and the Sultan.