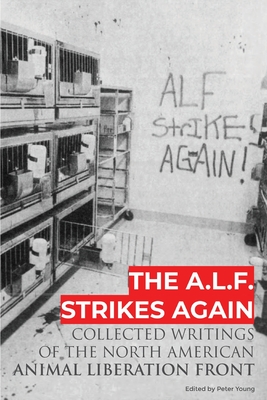 The definitive look inside the Animal Liberation Front.

From anonymous interviews with animal rights activists behind the rescue of 1,200 animals from the University of Arizona, to how-to guides on sinking whaling ships, to "how it was done" pieces on the A.L.F. shutting down an Iowa fur farm - it's all here.

Here is the book, in five parts:

Part One: How It Was Done - The Animal Liberation Front (ALF) gives step-by-step accounts of some of their most spectacular animal liberations, including:

Part Two: Interviews - Rare tell-all interviews with the Animal Liberation Front, including activists behind raids such as:

Part Three: Essays - From anonymous bulletins for the A.L.F. to communicate between cells, to overt calls to action, to prison writings - it's all here. Among them:

Part Five: How To Guides - Literal manuals on carrying out Animal Liberation Front (A.L.F.) actions - large to small, including:

The Animal Liberation Front (A.L.F.) intervenes where mainstream animal rights groups have failed. The A.L.F. breaks into buildings, rescues animals, and destroys property of animal abusers. They work outside the law, and, unless caught, their identities are never known.

Forty years into the A.L.F.'s history in North America, despite over 1,000 actions, being the subject of multiple congressional hearings, and surviving the label of "America's number one domestic terrorist threat" - their history has been largely untold. This book is a platform for the Animal Liberation Front to finally tell their story.

With few blindspots, this book compiles nearly everything written by the North American Animal Liberation Front - settling the score on what the A.L.F. is, what they believe, and exactly how they do what they do.