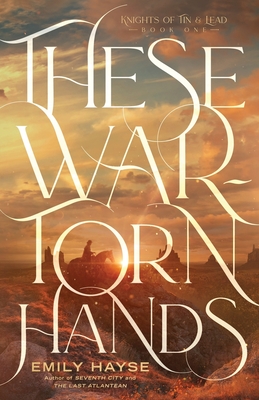 "They say this land is bound, cursed since the beginning of the world. And it'll be freed one day by a man with war-torn hands."

Rosamund Lacey has crossed a continent to marry Archer Scott because she believes he is a man set apart-a man with a destiny. But Alexander Mortimer, Outlaw King of the western territory, believes in only one kind of destiny: winner takes all.

Determined to reign supreme, Mortimer kidnaps the governor's bride and wreaks havoc on the land around Glory Mesa. But when Archer refuses to choose between the woman he loves and the land he has sworn to protect, he is forced into a showdown that may cost more than his life.